In 1985 Buzz Aldrin, the second man to walk on the moon, proposed a special spacecraft trajectory that became known as an Aldrin Cycler. He later led a team of researchers, including both professors and graduate engineers at Purdue University, in the design of a new class of spacecraft that would serve as orbiting hotels, perpetually cruising between Earth and Mars. The Foundation Society is finally helping to fulfil their vision to produce “Reliable, reusable and dependable cycler transportation that will be the key to carry humanity into the next great age of exploration, expansion, settlement and multiplanetary commerce.”

The Foundation Society named this flagship cycler ‘Alleras’, (pronunciation: Al-eh-rass), which means ‘I will go’ in French. This name is a reply to Buzz Aldrin’s famous quote ‘Mars is there, waiting to be reached.’, as the Foundation Society finally allows humanity to achieve Aldrin’s dream of travelling to Mars. The hope is that the regular shuttle between Earth and the Red Planet will allow for faster development of the currently illusive first Martian colony. 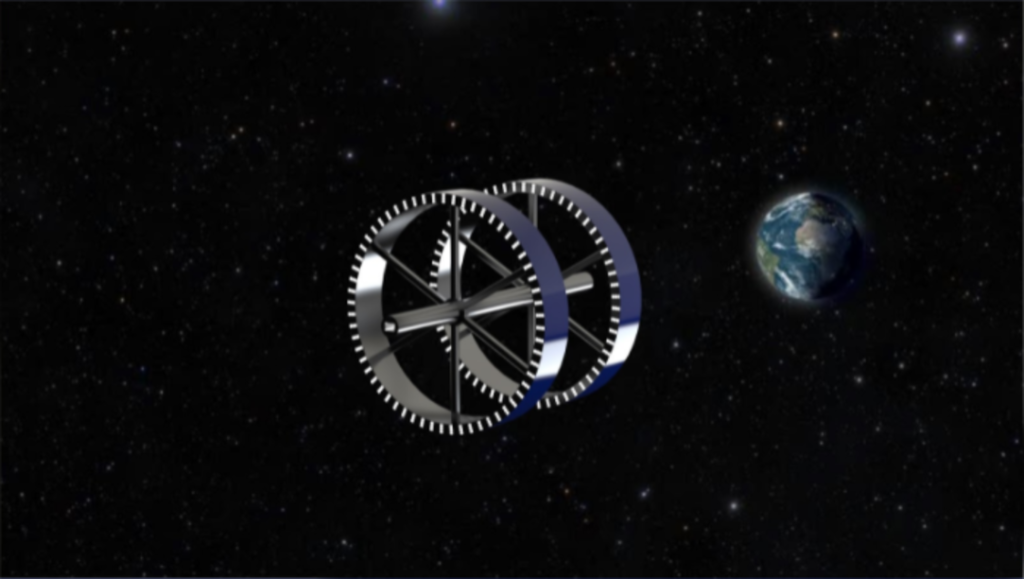 Location – Aldrin Cycler orbit which can travel between Earth and Mars in 146 days, once every 3 years