Named after Jason and the Argonauts, Argonom was the first city on the martian surface, designed to facilitate the construction of Olympia, Mars’ capital. Whilst the advent of settlements on and around Mars may not have involved the same challenges of overcoming mythological creatures as Jason and the Argonauts had to, it did come with its own set of challenges such as the vast communications delays with Earth and the global dust storms. However, just like Jason and the Argonauts overcame their challenges, so too did the Foundation Society in order to establish a foothold on Mars!

Argonom is effectively the forge of the inner planets and it is the first stepping stone to support outer solar system operations in the future. Argonom offers advanced industrial and manufacturing capabilities, as well as low cost access to space which can power a martian export industry.

It is a clear sign from the Foundation Society is on their own ‘Quest for a Golden Future’ with the creation and namesake of Argonom, which is set to act as the first stepping stone into crewed exploration of the outer solar system. 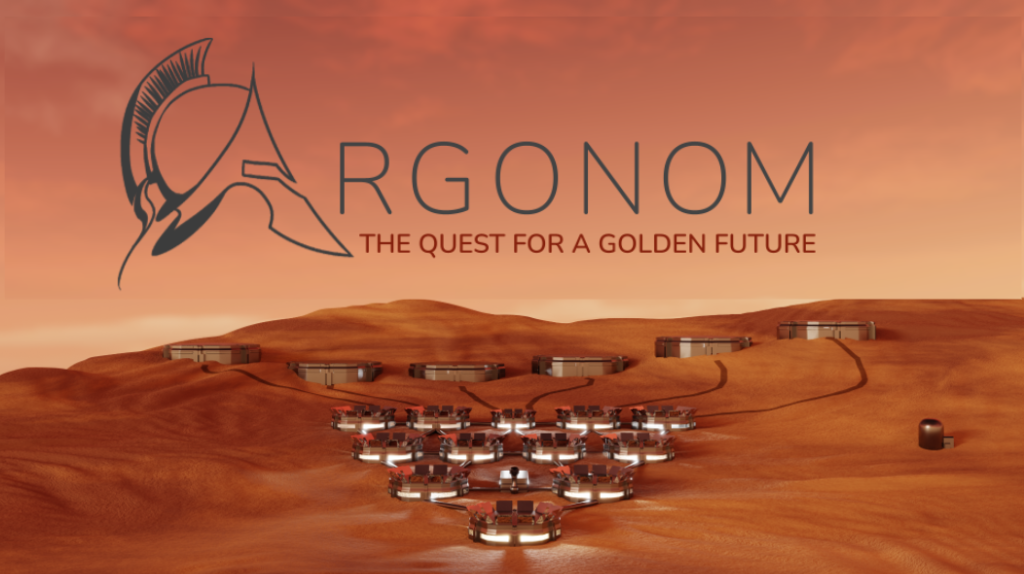 Location – 1km below the summit of Ascreaus Mons