Aptly nicknamed the ‘Jewel in Earth’s Crown’. Alexandriat was the first major settlement sponsored by the Foundation Society and was constructed by Earhart Advanced Industries. The settlement was named in honour of Alexander the Great, who in his time was a visionary thinker, an advocate of scientific knowledge, and expanded the civilization of the greatest empire the world had known to remote places where others dared not go.

She was built as a gateway to the solar system, but her modularity has meant that Alexandriat has become a business hub for the inner planets. Most financial instituitions servicing the exploration sector have an office on Alexandriat, as well as almost every major engineering firm.

Alexandriat hosts four renowned universities, each with exceptional astronaut schools, she also plays host to advanced physics research facilities, as one of the few stations large enough for a fusion reactor.

However, Alexandriat was not purpose-built for everything now happening there. The Foundation Society intends to preserve Alexandriat’s core value as a center for handcrafted satellite repair, upgrade, and manufacture; and its role as an expanding research facility. Large-scale materials refining, heavy industry, and mass production will move to a second space settlement specifically established for these purposes. 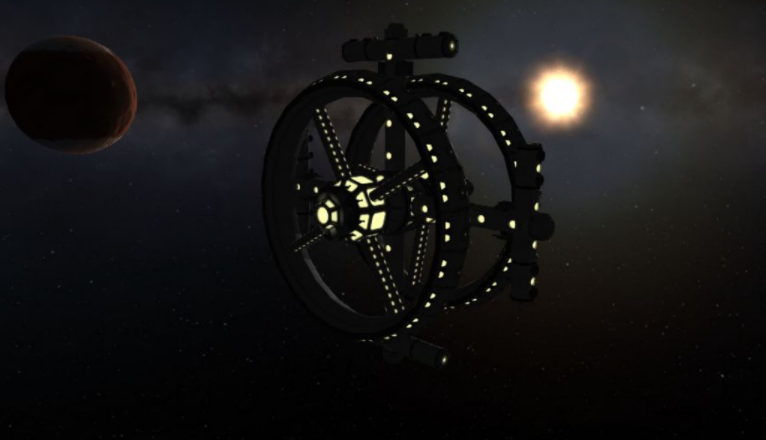