Following on from the success of the Freedom mission, the Foundation Society intended to use a very similar design model for its next space station, particularly seeing as it still possessed almost all of the Flight Spare models from the Freedom mission (it is common practice in any space mission conducted to construst many test models during the process to qualify the mission for launch, and then you also build a Flight Spare with exactly the same specification as the Flight Model so that should the flight model have an unexpected issue such as being dropped, you can simply launch the spare instead).

The use of the Flight Spares allowed for the Foundation Society to rapidly construct their second settlement in low earth orbit as a sister settlement to Freedom. This similar design of the 2 space stations is reflected in the similarity of their names, with the second settlement being named Liberty. However, Liberty also refers to the fact that people on this station were freer to do as they chose, as Liberty was more of a tourism focused mission than the original Freedom settlement. 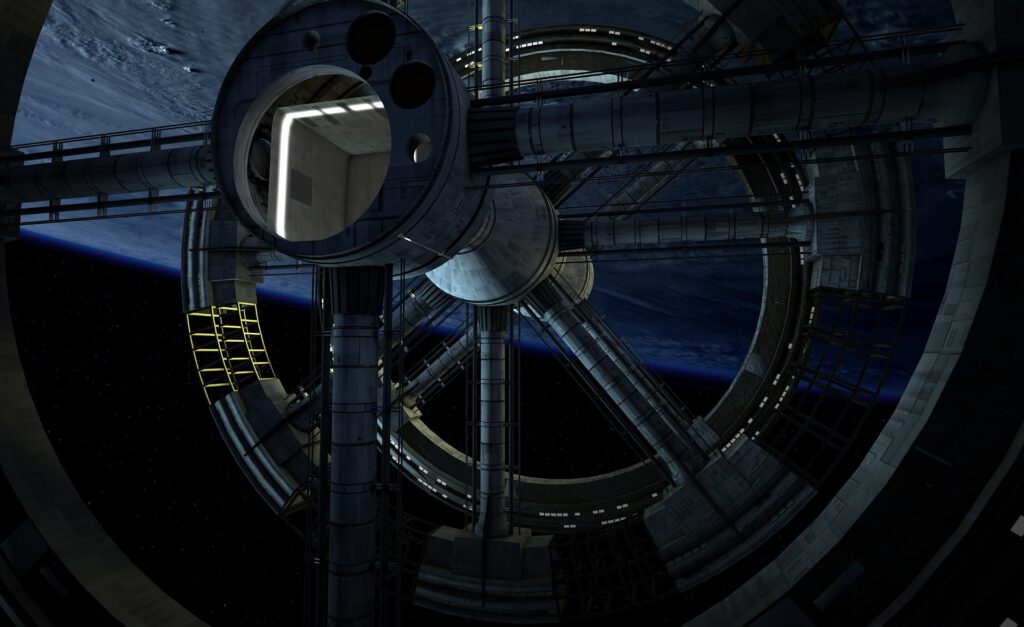