A team of students have just been crowned the winners of the 2019 UK Space Design Competition, following a busy weekend (16-17th March) of designing at Imperial College London.

This year’s competition saw 250 young people, aged 15 to 18, from all over the UK take on the challenge of designing a space settlement in orbit around the Earth-Luna L5 libration point, with the added twist that they had to imagine themselves in the year 2054! All the students had previously won either a regional or video competition and so some of the UK’s best and brightest were split into companies and put under pressure to produce a design during two days of competition.

Working in companies of 50, the students combined their scientific knowledge, creativity, intuition and research skills to create a design fulfilling an industry style Request For Proposal (RFP). The RFP is a detailed specification set by the judges explaining what they are looking for. At the end of the design time, companies then had to present their proposals to the judges and other companies,  followed by a gruelling session of questioning.

Every year, the judges are impressed by the wealth of technological understanding and innovation that students present; ideas that could one day be applied in the UK space industry.

From the winning team of the national competition, 12 will then be invited to represent the UK at the International Space Settlement Design Competition at NASA Kennedy Space.

Organiser Dr Randall Perry said: “It’s been a fantastic weekend of innovation and excellence. We’ve had it all this weekend; from advanced robotics to porta-loo escape pods – it truly has been a fun weekend. Ultimately, there can only be one winner and the team that did win displayed ideas that not only met the specification, but also were innovative. I wish the 12 that get selected to represent the UK at NASA the best of luck.”

The president of the winning company, Jan Apolin, 18, from East Sussex, said: “I kind of don’t believe what’s happening but now I’ve finally won I’m so happy. I’ve been a part of this competition for 2 years and to finally win the national finals is great. It would be an honour to represent the UK and I want to thank all of my team for their hard work. Now I’ve got to go and find my voice! I’ve never screamed with happiness so much!”

The international competition follows a similar format but sees the students working with others from all around the globe for three days to produce an even more detailed design.

Team selected from the winning… 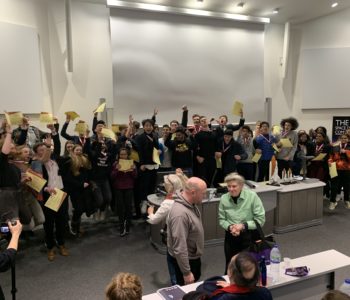 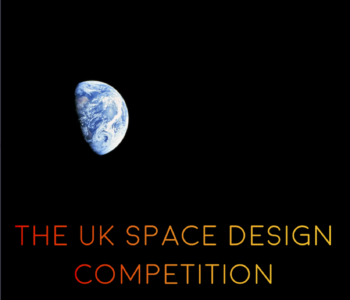